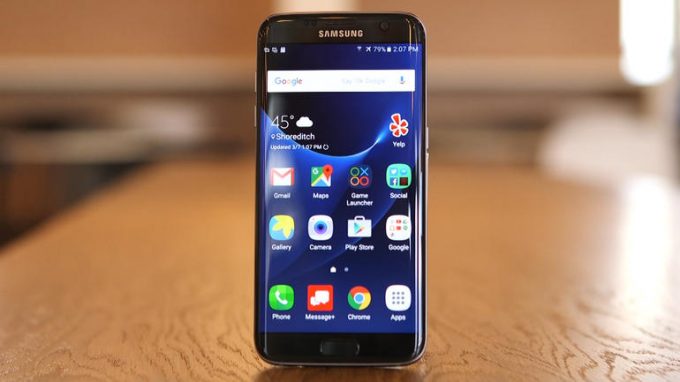 The New Samsung Galaxy S8, it is here, it is beautiful.

To flirt and hit on girls, you must have class and style.
I never repeat it enough, your look is important and having a beautiful mobile phone that gives you style is a must have when you go hit on girls.

As a pretty watch, a nice smartphone is also a nice accessory for yourself to take beautiful pictures, chat with the girls you are flirting with, etc…

Here is the new Samsung Galaxy S8 Edge which is a very nice smartphone but very expensive to buy.

The main competitor of Apple Iphone or Huawei, the Samsung S8 is a beautiful Smartphone, very powerful but expensive.

Among the innovations on the Samsung S8 Edge, a large 2960 x1440 screen and virtually borderless, 5.8-inch screen curved to the sides. HDR technology that respects the contrast and color balance of images.

The bottom control bar has disappeared and the home button has become an icon.

Just for that I think I would not buy it. Other brands like Huawei have already abandoned the idea of ​​putting the fingerprint sensor on the back of the device.

There is also an Iris recognition and face identification system very effective.

8 megapixel back camera and 12 megapixel front camera, it is very fast and makes very nice photos.

The Samsung Galaxy S8 can turn into a desktop, idea that had in mind many mobile competitors.
You put the mobile phone on a base, you can connect a screen with hdmi, you will get the environment of the phone with icons like on a desktop. Just plug in a mouse and a keyboard and you can work as with a computer.

This is surely the future of computer, everything on a smartphone that you can plug into a screen as you would with a laptop or an Apple MacBook.
But the smartphone must be powerful enough, today’s smartphones are already small computers.

Personally, I find it very expensive for a phone but when you like you don’t count.
I prefer a Huawei for half the price and just as pretty and efficient for what you get.

If you have the money, treat yourself and get the new Samsung Galaxy S8.

The new Iphone 8 will soon be released, it should be very nice to compete with the new Samsung Galaxy S8.