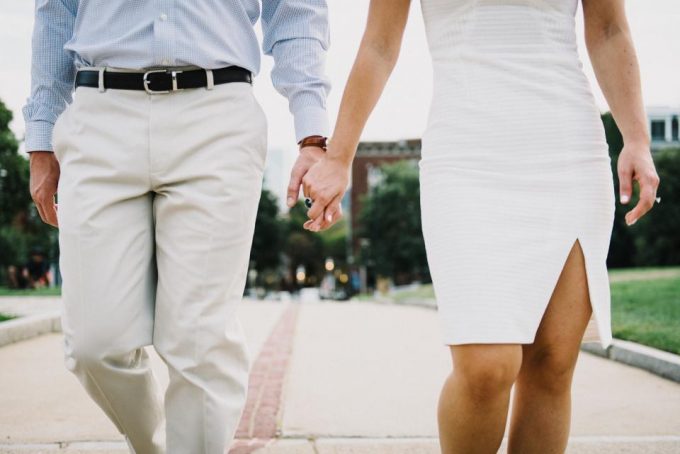 How to flirt with a girl who has a boyfriend

How to flirt with a girl who has a boyfriend?

How to get a girl with a boyfriend to like you?

How to flirt with a married woman?

You like her, she attracts you, you want to flirt with her… but she is already taken!

She is the one who told you when you approached her, or the girl in question is part of your social circle and you know that she is already in a relationship.

It is often said or often heard that men are unfaithful and chase girls.
But girls can also be unfaithful, flirting with men while they are already in a relationship or, let guys flirt with them while they already have a boyfriend or a husband.

Yet, you feel even more this elusive desire to flirt with her.
Sometimes you want to have what is not available right away.
Or the challenge and the difficulty, the taste for risk, adventure, the challenge of dating a girl who has already a boyfriend and see if you can get her.

So it can be a girl met anywhere, at a party, at work, in a shop, etc…

At first glance, the operation seems rather complicated, but as always, we have gathered for you the best flirting techniques to seduce a girl who has a boyfriend.

Situation 1: Flirting with a girl you don’t know and has a boyfriend.

She tells you she has a boyfriend.

When you approach a girl and she tells you that kind of thing, pretend to ignore what she said and quietly continue the conversation as if nothing had happened, bouncing on another element of the conversation.

You will show her that it does not affect you more than that and that you are not especially there to flirt with her, she will be destabilized and surprised.

Once, I met a pretty blonde girl, she had come to have a drink with a friend of mine.
While talking, she tells me that she’s married, I say to myself, shit, a pretty girl already taken, bad luck for me!

I continue to talk to her the rest of the evening, telling myself that it will remain just friendly then.
When the time comes to leave, she tells me, it would be nice if we see each other again!
Well, I was surprised, pleasantly surprised because I had not tried to flirt with her at all but she liked me.

I saw her again, flirted with her, she wanted to leave her husband, was not satisfied so you can very well come accross a girl who already has a boyfriend or husband and who will want to flirt with another guy.

Remember that she can refuse to go further right away, it’s up to her, you do not force anyone.

See if this is just a test.

Continuing the conversation in a lighter tone, not flirting with her yet, analyze her body language to see if what she is telling you is not just a test on her part, to demotivate you.

If you see that the girl is open to seduction, even if she has told you that she has a boyfriend and that this may be the truth or not, the best seduction technique is to flirt with her the same way as with a single girl!

It is not her status as a so-called woman in a relationship that you must change your attitude, especially since she might be dissatisfied with her relationship, you must try your luck!

Situation 2: Flirting with a girl you know and who has a boyfriend.

You can flirt with her if…

Two conditions are paramount before you start: you cannot be a close friend of her boyfriend and the girl must be open and interested.
Otherwise, you will venture into a dangerous zone that may cause you problems!

If her boyfriend is a good friend to you, do not go further, your friendship is more important and not worth an adventure with a woman!
There are enough girls on earth to find another one that will interest you without jeopardizing a friendship with a good friend.

But if these conditions are met, tell yourself that seduction is a game that takes place between consenting adults.

So if the girl is not drunk or drugged, you have every right to seduce her, right?
It is her responsibility to refuse your proposal, not yours.

You are single, she is not, if she does not want to go any further, she can do it on her own.

Give her more and better!

Your best flirting technique will once again to seduce her like any single girl, but adding a little extra.

What you can do very well, because you know her, you can try to know what she does not like about her boyfriend or what she lacks in her couple.

Also, you must be attentive, you must somehow be the charming prince she expects.

Indeed, if you do not offer her better than what she has with her boyfriend, she will never let him down for you.
As the saying goes, we know what we lose, we do not know what we get.
So she must be interested in things she does not find in her current boyfriend.

Find out what are his weaknesses to exploit them to your advantage in order to seduce her.

As for example, he does not let her go out alone with her girlfriends, he’s too jealous, he’s stingy, he’s not good in bed, he spends his time with his friends, he watches too much football on TV, he’s never there, he does not like to go out, etc…

There are certainly negative things about him that you do not have. This is where you can get her interested in you by making her understand that with you, her life will be different and she will be happier.

But don’t talk too much about him or being too negative, she would not like it, just put forward some positive things that you could bring her.

If a girl is seduced, it is because the degree of interest towards her boyfriend is not high enough to prevent her from going elsewhere.

Show her something else, make her do new things, she’ll love doing what her boyfriend does not do with her indeed.

It will of course take time.

Try to be friends on Facebook if you are not already in order to talk with her or via another chat application if her boyfriend does not spy too much on her.
Never write anything too compromising, it is better to call her sometimes to say certain things.

Seeing her Facebook page also allows to see what she does, her tastes, etc…
I advise you to have a fake Facebook profile so that nobody sees who you are, you can have a female profile and remain discreet while being friends with her on Facebook.

If you use a chat application such as Whatsapp, Line, Viber, put a sticker or a photo of a girl with a normal name that has nothing to do with your first name of course in order to chat discreetly.

Remember that what you write will stay, words fly away!
You have to be careful when you are flirting with a girl who has a boyfriend, for her too, it could cause her problems with her boyfriend.

Then you can offer her to see you, drink a coffee or something like this during an afternoon.

Choose places she does not go to of course, where her boyfriend does not go either or her friends.

You have to go gradually and become her confidant, she will feel comfortable talking to you and then will want to go further.

After that, see with her what she wants to do, seeing another man from time to time and maybe it will be just fine for you too if you do not want a full time girlfriend.

Or she will separate from her boyfriend to be with you if that is the common wish of your new relationship.

It’s up to you to see what kind of relationship each of you two wants to have if she already has a boyfriend or a husband.

In any case, you know now how to flirt a girl who has a boyfriend, if she is receptive, it means that she is interested as would be a single girl who you flirt with.
A girl already in a relationship is always free to make you understand that she is not interested in you and your flirting techniques.

If not, you have the green light, you are free to flirt with her and to seduce this girl who already has a boyfriend or a husband who knows!