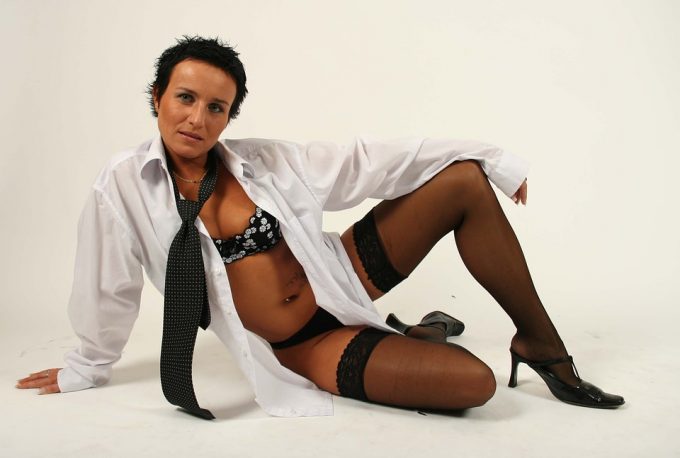 How to seduce a mature woman?

How to flirt with an older woman?

A love affair with a mature woman is the fantasy of many young men.
And many older women fantasize on younger men.

Flirting and seducing a cougar, it is not flirting with a young girl precisely.

If cougars and milfs are a sexual fantasy for many younger men, there are good reasons.

And why?
Your best time in bed, you will have it in the arms of a mature woman, or at least a woman older than you, and never the opposite!

Not only are they freed from certain sexual complexes, but they also have little concern for the material contribution that the relationship can bring them thanks the experience they have acquired.

Here’s how to seduce a cougar.

While regular dating rules sometimes work with younger girls, even though it can be more difficult than that, it will not work the same way with mature women or cougars.

Go for a more formal presentation, where you give your name and your first name with a handshake, for example.

In this way, you show respect while stating your confidence and your determination to know her.

What is less likely with a woman of many years older than you is to have a minimum of cultural references in common.

If only a few years differnce, you should be able to find topics that interest both of you, but if she is 10 or 15 years older than you, you will have to find out what interests her.

She wants to see someone who has confidence, not a kid of course, she is looking for a new lover not another son.

You can prepare conversation topics in advance, learn about current cultural or cinematographic activity.

Your advantage of being younger and dating an older woman is that she will tolerate but especially appreciate your youth precisely.
She probably sees people her age so being with a younger man will make her happy to see and do something different.

Be confident and give her a good time.

A woman remains a woman throughout her life.

Age is a relative notion.

Also, disregard age and therefore do not adapt your way of seducing.

She is neither your mother nor your school teacher, you are there to seduce her and to show her that you are a “potential lover”.

Be an adult while having this young side that will please her and seduce her.

Flirting tips to flirt with an older woman and to seduce a cougar, I talk about it in another longer article here:
https://bestflirtingtips.com/how-seduce-older-woman.