In a previous article, I was talking about the new Xiaomi MI6 (https://bestflirtingtips.com/new-xiaomi-mi6/), so there is the new Huawei P10 which came out recently and which is a direct competitor of the Xiaomi MI6 or The Samsung S8 and Iphone 7.

Of course, as for the Xiaomi MI6, the Huawei P10 (successor of the P9 therefore) is a very good high-end smartphone, sold a little cheaper than a Samsung S8 or Iphone 8 that will be released soon.

Huawei has recently increased its prices and is closer to Apple Iphone or Samsung S8 prices.

Huawei offers you a smartphone with an integrated Leica camera.

Let’s see the specifications of this new Huawei smartphone which can be a very good companion in flirt and seduction when you go flirting with girls.

Indeed, you need a smartphone that takes beautiful pictures, you can make beautiful selfies with the girls you flirt and meet.
You also need to have class to impress girls with a nice smartphone that is still affordable like the Xiaomi MI6 when you see that an Apple Iphone 7 is worth double the price of a Xiaomi smartphone.

Have a good smartphone to chat especially, take pictures, a good wifi or cell phone reception.

I immediately put the specifications to get a quick idea of ​​the smartphone.

Personally, I look at the screen size and weight, I like to have a light smartphone and within 5 inches.
Nowadays, we see more and more big screens, I don’t have any purse so I do not want a brick in my pocket!

This Huawei smartphone is around 5 inches, it has a great camera with Leica like on the Huawei P9.

The weight could possibly be improved, 145 grams it’s getting heavy I think in the pocket but it still remains reasonable.

The design of the Huawei P10 remains basically similar as the Huawei P9, nothing new or innovative in its design and no borderless smartphone like the Samsung S8 or the LG G6 but it is cheaper, you can not have everything.

The fingerprint scanner is on the front of the camera, fortunately, because it is in the back of the Samsung S8, a big mistake of having it in the back, not practical at all!

4 GB of RAM against 3 for the previous model, it’s interesting even if the new Xiaomi MI6 offers 6 GB of RAM!

The 5.1 inch screen is Full HD and not Quad HD. 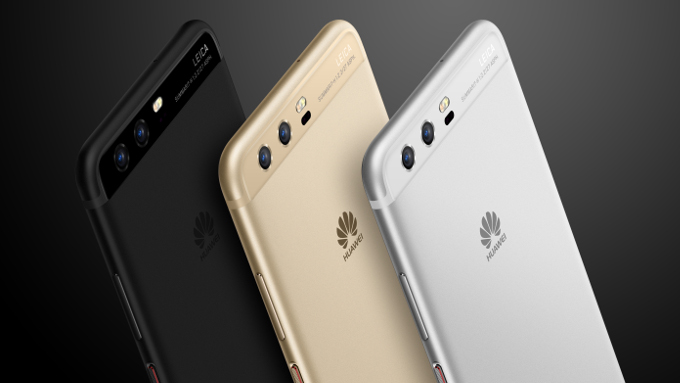 As the name suggests it, Huawei P10 Plus, you have “plus” than the basic Huawei P10.

So here are the specifications of the new Huawei P10 Plus if you want a smartphone with a larger screen to especially watch videos with more comfort.

More powerful with a Quad HD screen and a bigger battery.

However, the processor remains the same…

There are fewer colors available, just white or black.

It is like 153 mm long for 165 grams, longer and heavier.
Rather a smartphone for women unless you have a purse.

The Huawei has a nice camera of course with Leica.

The negative points of the Huawei P10 are therefore its less efficient battery and its price which is getting expensive compared to Xiaomi in particular which offers more RAM memory or a more powerful battery.

The Xiaomi MI6 therefore outweighs the Huawei P10 in comparison.

Too bad that Huawei has become a bit expensive compared to its previous phones.

So if you like the Huawei smartphone, treat yourself and buy it, it’s a nice smartphone, I personally prefer the Xiaomi MI6 even if it is a little bit more heavier!